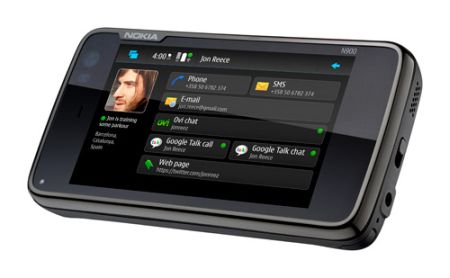 Computer-grade performance in a handset. That’s the dream. And Nokia reckons its cracked it, thanks to the Maemo 5 software system available in the new Nokia N900.

“Taking its cues from the world of desktop computing, the open source, Linux-based Maemo software delivers a PC-like experience on a handset-sized device,” a Nokia suit said.

Apparently, Maemo 5’s computing skills lie in allowing users to multitask and browse the internet, like they would on their desktop computer.

So, does that mean Nokia is dumping the Symbian software, which powers its smartphones? Not so, according to an IDC analyst.

“Just as Nokia continues to expand and diversify its device portfolio, so it is deploying multiple platforms to allow it to serve different purposes and address different markets,” says Jonathan Arber, a senior research analyst at IDC.

“While we have seen continued growth in Symbian as a smartphone platform, Maemo enables Nokia to deliver new mobile computing experiences based on open- source technology that has strong ties with desktop platforms.”

The Nokia N900 will be available in select markets from October 2009 with an estimated retail price of EUR500 excluding sales taxes and subsidies.