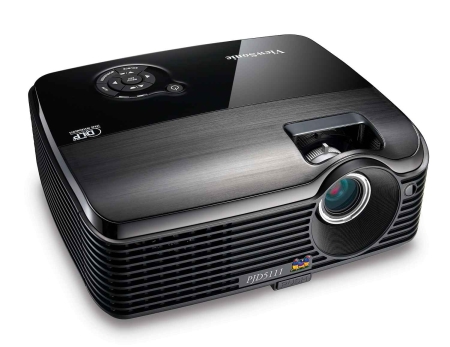 If you want to watch a large projected image but don’t have a wide enough room to place the projector far enough back, you’re generally out of luck. Not so with ViewSonic’s new PJD5351 short-throw DLP projector – which the company says can produce 50-inch images from only 90cm.

“The projector allows for digital zoom and manual focus capabilities, making it easy to place on a table-top, mount on the ceiling or pair with a short-throw projector arm in a classroom or meeting room,” suggests ViewSonic’s official information.

Other specs for the PJD5351 include:
* 2,500 ANSI lumens
* 2,400:1 contrast ratio
* Short-throw ratio of 0.9:1
* Inputs: dual RGB, composite and S-Video
* RGB output to connect to an external monitor or daisychain with another projector.

According to ViewSonic, up to 4000 hours of lamp life, low-cost replacement lamps, filter-less design and a non-degrading DLP light engine gives the PJD5351 one of the lowest total cost of ownership ratios in the industry.