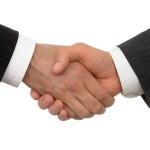 Not all publishers are sitting back and waiting for the economy to turn around. Old and new ideas are emerging into the market place to increase revenues.

“Per inquiry advertising in on the rise” says Stan Medley a media consultant. “Advertisers, especially those in television and print media are starting to learn a few lessons from the internet.”

The most successful internet sites only rely on advertising for about 15 per cent of their income. The rest is generated by affiliate programs whereby they get a commission for visitors who click on a link to another site where they end up buying something, and from eCommerce – selling their own products.

Television stations, radio, newspapers, magazines are all very much like internet websites. They are publishers. What works for internet publishers can also work for traditional publishers. If they rely on advertising as their only income stream they are cutting out 85% of their income.

The smart print, radio and TV publishers are finding out they can triple their depressed revenues by implementing per-inquiry programs which are traditional media’s equivalent of the internet’s affiliate programs and by using ad space to sell their own products which is the equivalent of eCommerce on the internet.

ArtfieldInvestmentsRDInc.info specializes in providing solutions to traditional media for a more productive use of their advertising asset.