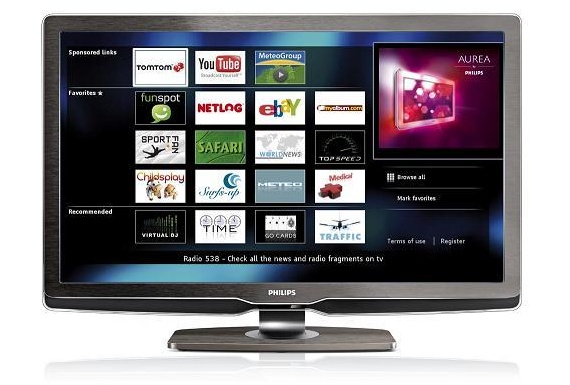 While
internet-enabled televisions are nothing new it is usually done so via
a set-top box. But Philips has announced that its new range of tellies
will have net access built-in.

The internet service will be
available on the company’s new 8000 series, 9000 series and Cinema 21:9
from this spring. Of course, Philips reckons that doing this on a telly
is much better than on a pokey little laptop display.

Sites that will feature on the service include Youtube, TomTom, eBay,
Funspot, MyAlbum as well as some others that have been jigged around
until they look good on a large living room TV. You can also look at
websites such as this fine one you are reading now, of course Philips
doesn’t guarantee it will look as good.

The 8000 televisions require a Ethernet connection (wot no wireless!)
[the 9000 has a wireless connection – Ed.] and should be available from
April.