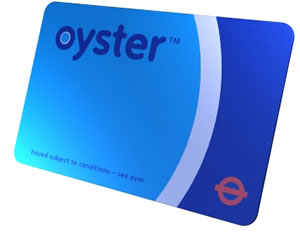 Transport for London has hit back at claims that the security of its Oyster Card system will be compromised by the publication of a vulnerability in the chip at the core of the technology. A Transport for London spokesperson told Absolute Gadget that a security check had been carried out and extra measures had been implemented.

"TfL takes the security of Oyster extremely seriously and we are confident that the system remains secure," the spokesperson said.

"TranSys, the contractor responsible for running Oyster constantly reviews the security of the system, has already carried out a full assessment and has put in place additional safeguards".

TfL said there was no evidence of the widespread cloning of Oyster cards. It also maintained that the system has not been hacked and there is no risk to card holders’ personal data as none is stored on the card.

"Recent problems with the Oyster system are completely unrelated to this and have nothing to do with hacking," the spokesperson said.

"The illegal cloning of cards is complex, risks physical detection and is of limited value as we’ll block any fraudulent card within 24 hours."

The spokesperson also assured us that the specific concerns regarding criminals swamping the system with fake Oyster cards were unfounded because the process requires a qualified computer specialist and equipment to set up.

"There is no indication that this is or will become a widespread problem," the spokesperson said.

"Ticket fraud is a criminal offence and TfL will prosecute wherever possible. Our staff and the Police will remain vigilant and there is CCTV across the public transport networks."

The spokesperson said TfL would continue to closely monitor any unusual activity and will refer any cases of suspected fraud to the Police".