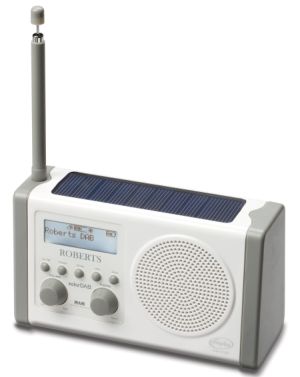 Roberts is preparing to launch “the world’s first solar-powered digital radio”, which it said capitalises on “all the benefits of DAB and solar energy whilst avoiding the cost and environmental consequences of disposable batteries”.

“The new ‘solarDAB’ portable radio brings a bright future to radio listening both in the home or enjoying the outdoors,” an eco-friendly Roberts statement said.

“But this Roberts radio doesn’t need to be in the sun to work. Its solar panels and rechargeable batteries will provide up to 27 hours of listening when not near sunlight.”

Roberts said the use of solar power saves money, since it eliminates the need for disposable batteries.

Under new EU legislation due to become UK law in September 2008, the country will be expected to recycle up to 25 per cent of all disposable batteries.

At present, the UK consumes approximately 30,000 tonnes of portable batteries – 800 million – each year, most of which end up in household waste.

Leslie Burrage, chief executive at Roberts, said the company was also looking at other ways to reduce the environmental impact of its products.

The Roberts solarDAB comes in five colours (white, black, red, green and pink) and has a RRP of £79.99.