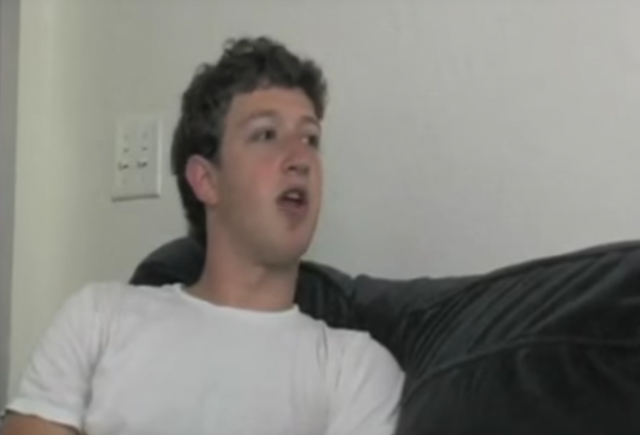 A video from 2005 has given us a glimpse into the start of Facebook and its founder Mark Zuckerberg.

Wearing a white T-shirt and shorts and swigging beer, the 20-year-old Zuckerberg explained what was then called “thefacebook.com”.

“Thefacebook for your school isn’t somewhere where people actually go to meet, it’s where you go to see who knows each other, kind of an ice-breaker.”

Facebook was created in collaboration with Dustin Moskovitz, Chris Hughes and Eduardo Saverin in 2004. The early days were later made into the 2010 film The Social Network.

The video also shows Facebook developers at computers and drinking beer poured from a keg.

Zuckerberg says in the video that his ambitions for the website stretched beyond colleges.

“There doesn’t necessarily have to be more.  “Like, a lot of people are focused on, like, taking over the world, or doing the biggest thing, getting the most users. I think, like, part of making a difference and doing something cool is focusing intensely. There’s a level of service that we can provide at Harvard that we can’t provide for all of the colleges. And there’s a level of service we can provide when we’re a college network that we wouldn’t be able to provide if we went to other types of things.”

Facebook now as 1.59 billion users active each month and employs over 12,000 employees.

You can see the video below.