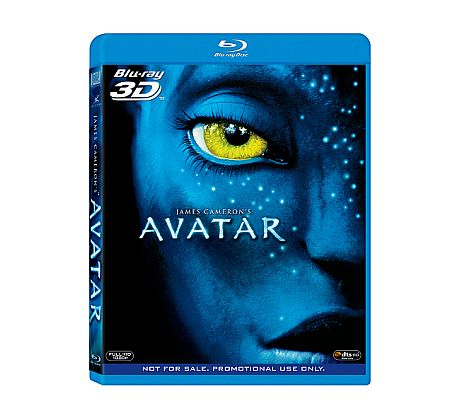 Avatar is now available on 3D Blu-ray. However, it could turn out to be the most expensive film title you’ve ever bought…

Consumers will only get to enjoy the immersive 3D world of Pandora when they purchase a Panasonic Viera Full HD 3D TV bundle – including two pairs of glasses, plus either a 3D Blu-ray player or 3D Home Theatre system.

James Mercs, MD at Panasonic Hollywood Laboratory (PHL), said the film was “guaranteed to be a driver for 3D entertainment in the living room.”

“We were proud to work with Twentieth Century Fox Home Entertainment and use our authoring centre to deliver Avatar in 2D and we’re even more proud to meet the high expectations on picture quality from Fox, and Avatar’s creators, to deliver it to consumers in 3D,” Mercs added.