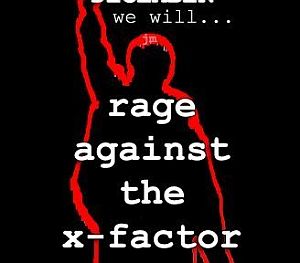 The campaign for Christmas number one has reached the final leg and Facebook and music download sites are playing a major part. According to reports, Rage Against The Machine is currently in the lead but only by a margin in the thousands, following a social networking campaign to stop the X-Factor winner taking top spot once again.

However, Radio 1’s Vernon Kaye warned that today was crucial to the competition for the coveted position and told Rage fans not to be complacent.

“It’s the biggest shopping day of the year today and loads of mums and dads and nans will go out and buy the X-Factor single because you can physically buy it in the shops,” he said.

“If you want Rage Against The Machine to be Christmas number one, you have to download Killing In The Name Of.”