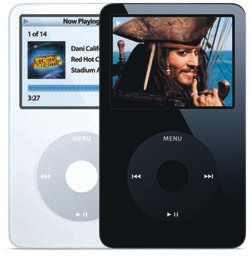 If you
want all the music you could ever dream of and want to do it without
the music industry suing you for every last penny, then you had better
upsticks and move the Isle of Man. The small semi-independent island in
the Irish Sea has just introduce a blanket tax to allow residents to
access as much online music as they like.

The tax or license,
will be charged through ISPs serving the island. Plans at still at
preliminary stages but does have music industry blessing.

A Manx
civil servant, Ron Berry, announced the plans t the MidemNet conference
in Cannes in France adding that "At the end of the day, we’re not going
to stop piracy, had the music industry embraced [Napster], we’d have a
very different medium today."

Chief executive of the BPI, Geoff Taylor, welcomed the move, saying a blanket fee would benefit the music industry.

"If ISPs take the position advocated in the Isle of Man, we’d be in an enormously better position," Taylor said.