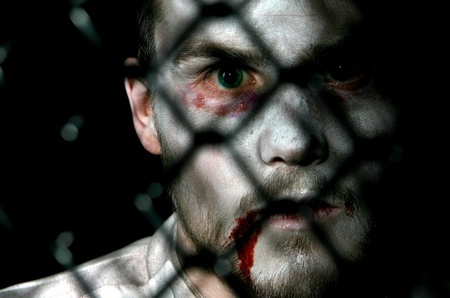 "The nights are closing in, the skies are blackening and with the turn of the season comes the return of Thorpe Park‘s Fright Nights," an ominous invite warns us. Blimey, we’ve only just got over Sony Ericsson’s Halloween shenanigans…

So what can thrill seekers expect when the park transforms itself from Monday 13 October to Sunday 2 November?

Well, riding the "dreaded Unholy Trinity of rollercoasters" called Stealth, Colossus and Nemesis Inferno in near total darkness for one.

Visitors will also be challenged to navigate their way through "spine-chilling live action horror mazes" called Se7en, Hellgate and The Asylum, "which will test the nerve and courage of those who dare enter!"

There’s also a surprise in store with a brand new fourth maze, The Curse on Neptune’s Beach.

And if one of our drunken fellow journos is correct (not exactly the most reliable source as we’d both been on the sauce) there’s "a super top-secret thing" that should "wow the gadget-minded". Naturally, the PRs refuse to elaborate, although the press release does promise "a brand new attraction so terrifying that it is only fit for the brave…"

Fright Nights returns for the seventh year running at Thorpe Park and the company suggests booking online for cheapest ticket prices (you can also check times and opening info there).

Be warned though, the late night attractions are not suitable for under 12’s.

(Continued on the next page)


All those wanting a bit more info on the mazes and their creation, gorge yourselves below:


Se7en
You navigate the seven deadly sins in an interactive maze that leaves your senses reeling and you desperate to repent. Created by the Weird & Wonderful experience company, it includes the creative genius of Bob Dean: the brains behind Jabba the Hutt in Return of the Jedi; Pinhead from the Hellraiser films; effects supervisor for Candyman; Event Horizon; Dog Soldiers and many more cult films from the horror and sci-fi industry.

Hellgate
Back with a vengeance this year – enter a world of side-show freaks, forgotten by time and unbound by human laws.

The Asylum
Watch your back as you weave your way through a maze of dead ends, hidden corners and all sorts of locked-up weirdoes lurking in the shadows.