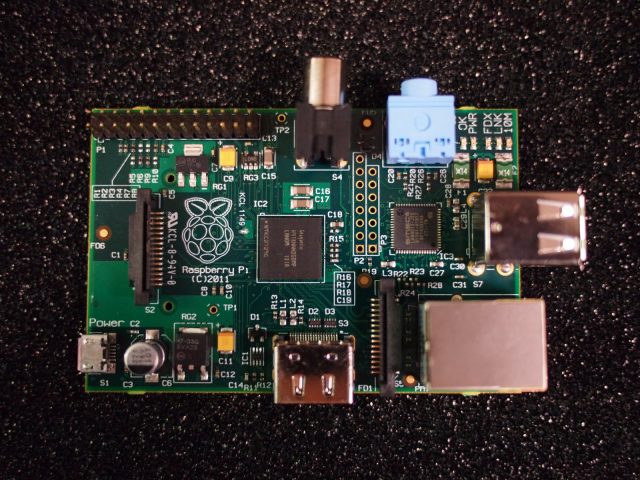 The little computer that could is to get a camera add-on in October. The Raspberry Pi will also be available for unlimited orders as production of the device ramps up.In an announcement, the makers of the machine, designed to encourage coding skills, said that the camera would be the first official add-on.

It will cost between £13 and £16 and will be available in the next six months. The device will be able to take still shots as well as video.

Speaking at the Raspberry Jam event in Cambridge, founder Eben Upton told the BBC’s Rory Cellan-Jones that the organisation has had to “ramp up to a point where we can build these at a rate of about 4,000 a day in order to meet demand.”

“Even now there’s still a backlog,” he said. “There’s some hope that at 4,000 a day we might start to work the backlog down. We’re very hopeful we can get to the point where you can buy one of these and have it arrive the next day.”

The makers have also been focusing on software rather than hardware and Upton said that users of the machine should see a “four-fold” improvement in performance of the £25 machine since April.

The previous limits on the number of Raspberry Pi computers has also been lifted as production has now increased to cope with demand.

“Orders can now be placed for unlimited quantities of Raspberry Pi board and accessories without the need to register or to receive an invitation to order,” a statement from RS Electronics read.

“We’re currently forecasting that these orders will start reaching customers by the end of September,” the announcement said.

“Customers will be provided with a forecast future delivery date when placing their order, and these orders will be fulfilled after all orders placed before 16th July have been shipped.”