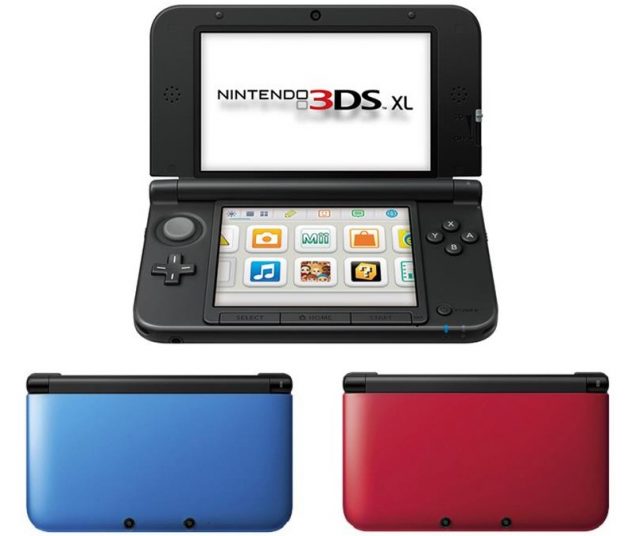 Games console company Nintendo is to launch a larger version of its 3DS handheld console next month, dubbed 3DS XL. The new console will be twice the size of the current model.

The new console will sport a 4.9-inch top screen (almost as big as the PlayStation Vita. The lower screen will come in at 4.2 inches (compared with three inches on the current model. It comes with a 4GB SD card and will be available in three colour options (silver and black, red and black or blue and black).

The rounded edges are in line with Nintendo’s upcoming Wii U console. The company is also touting extra battery life with the console lasting up to six hours of game play. Even longer when playing non-3D titles.

Somewhat of an omission is the lack of a charger with the device, which will have to be purchased separately.  It also wont sport an integrated version of the Circle Pad Pro, many thought a second stick would come as standard with the new console.

While there is no official word on pricing, in the US it will cost $199, which is £128 in English money.

The console launches in the UK on 28 July.