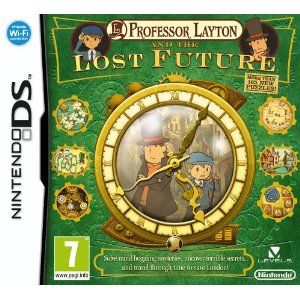 On the day that Professor Layton launches a new game, research by Nintendo has identified six types of puzzler in the UK. Apparently, Brits feel the need to challenge themselves, with 96 per cent of adults regularly playing puzzles of some kind – from crosswords and Sudoku in their newspaper, to electronic puzzles on handheld devices.

“Britain is clearly a nation of puzzlers. The Professor Layton series of puzzle games perform better here in the UK than any other territory because Brits clearly love to test themselves with logic games, riddles, word play and number games,” James Honeywell from Nintendo UK said.

“We’re seeing serious demand for games such as the Professor Layton titles because people realise it’s now possible to get their daily dose of puzzling on one device and it’s amazing how that demand spans all ages.”

That helps explain why the Professor Layton series has already sold more than 1.5 million copies in the UK alone.