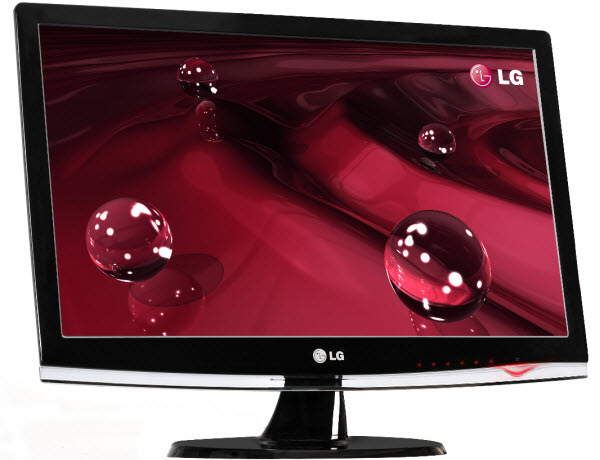 This is
possibly the most Ronseal-esque headline we’ve ever come up
with, but yes. LG is launching a series of monitors designed to
minimise eyestrain.

The rather
snazzy-looking W53 series
is claimed to "reduce eyestrain
during extended use". Or, to put it another way, it has
automatic brightness control that won’t help you if you’re
working in dim light or from a poor position (the top of a monitor
should be level with your forehead, apparently. First we’ve
heard of it).

Still,
even if the main selling point is a bit over-hyped, the rest of the
package looks rather pleasing to our freshly non-strained eyes. 16:9
aspect ratio, 1920 x 1080 Full HD native resolutions for all sizes
(18.5" – 27"), and 50,000:1 Digital Fine Contrast
(DFC) ratios and 2ms response times. Plus, there’s a proximity
sensor under the bezel which makes the control buttons light up when
it senses an approaching hand. Living in the future, etc.

No price
yet, but the monitors should be landing in May. We’ll keep our
freshly non-strained eyes open. Oh, wait, did that joke already…