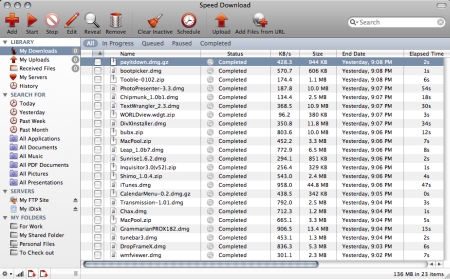 Yazsoft is asking downloaders to beware of dodgy patches ciculating on Torrent sites for its Speed Download software. The “Speed Download[P]atch.zip” is designed to circumvent the registration mechanism of Speed Download in order to get it to work without buying a license, but is most likely infected with a Trojan according to the software company.

“Yazsoft strongly recommends that everyone steer clear from this file due to reports of severe system instability and mysterious network activity resulting from the use of this likely Trojan,” a company statement said.

A Trojan is a program that may appear to be legitimate, but in fact does something malicious often being used to gain backdoor access to a user’s system.

“Based on our own records, the person, masquerading under the name of ‘[K]ambing [K]entut’ has purchased Speed Download licenses using stolen/fraudelent credit cards and is most likely using them to distribute his/her own ‘patched’ version(s),” Yazsoft’s statement said.

“We consider this incident to be high risk.”