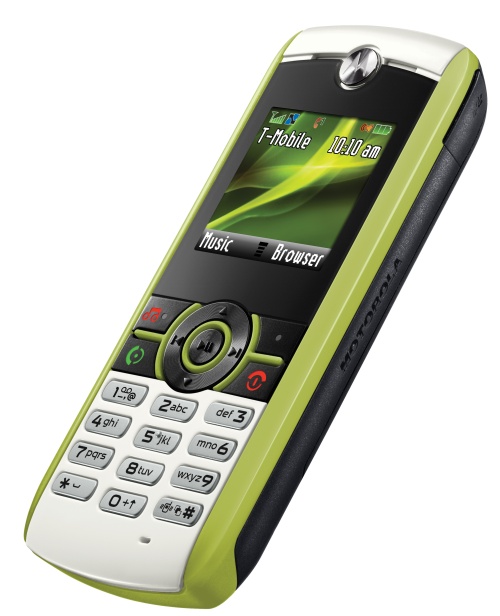 Hello
Environmentally-Conscious-Moto! The U.S. manufacturer has whipped
the proverbial red cloth off their new model, the Renew W233 –
made out of plastic bottles.

The W233
is the first in a planned range of recycled handsets. It’s a
dual-band GSM model that comes with a microSD card slot and
Motorola’s own CrystalTalk noise reduction technology for clearer
call audio, and is said to allow for up to 720 hours of natter time.
It’s aimed much more at the end of the market that doesn’t
care about extra fancy bits, though – a teeny 1.6-inch colour
display and lack of camera or Internet capabilities make it very much
a phone for people who like their phones to just be phones.

The
environmental selling point has been thoroughly ramped up. As well
as being made out of old PET bottles, the phone apparently consumes
20 per cent less energy than similar models, and the packaging and
distribution have been designed to have as low a carbon impact as
possible – indeed, Motorola are claiming it to be carbon
neutral. It even comes with a postage-paid recycling envelope for
the day you want to ditch it.

The phone
was shown off at CES, but Motorola have yet to comment on either its
price or shipping date. It’s believed that T-Mobile are
intending to sell it.