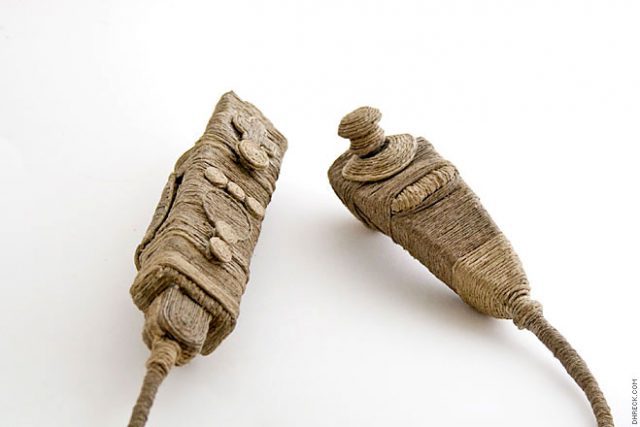 Okay, the
insides are still electrical. But someone has, nevertheless, hemped
up the Wiimote something rotten.

The
Hemp-Mote can be seen in all its glory at craft site DHRECK. The
craftsman/woman behind it, also named Dhreck, says, "The
Hemp-Mote is absolutely playable, all buttons, accelerometers and the
infrared camera accounted for. Unfortunately its exterior is also
quite fragile and prone to degeneration, being in the raw state that
it is." He/she admits that the choice of material makes it
quite prone to absorbing sweat and will thus "mostly enjoy a
long life on the shelf and the occasional demo game.

That is
until I figure out a way to make something more out of it." A
full tutorial for anyone who fancies a go themselves is promised
"soon".

Pictures on next page….. {mospagebreak}