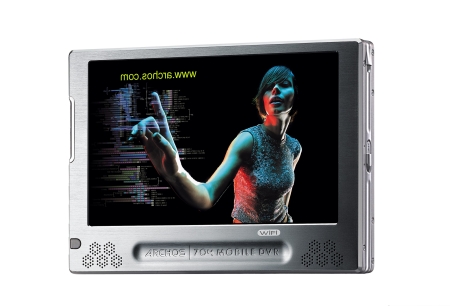 Archos has come up with a great way to expand the content it offers: give users access to the BBC iPlayer . Archos customers will now be able to enjoy some of the most popular TV shows in the UK.

The iPlayer service (in case you’ve just emerged from that five-year holiday in a cave) allows TV viewers to go online and catch up with highlights of BBC television or radio programmes from the last seven days.

Viewers can access more than 250 TV programmes and radio shows, including favourites such as Top Gear, Doctor Who, Catherine Tate and EastEnders.

Owners of previous Archos devices that support WMV, as well as the newly-launched Internet Media Tablets, will be able to use the service thanks to a system known as side loading.

In non-tech speak that means downloading content to a PC or Mac in WMV format and transferring it via USB onto an Archos device for playback.

Content can be transferred from the BBC iPlayer for seven days after transmission and people then have up to 30 days in which to watch the programme.

From the point users first click to view, they will then have seven days to watch the programme.